The first underground metro rail platforms through Sydney city are coming to life.

At Waterloo, the platforms are nearly finished after seven months of construction involving more than 880 workers.

Construction of the new 170-metre-long platforms at Waterloo Station has included:

More than 5,000 people are currently working on the City & Southwest project and, by the time it opens, more than 50,000 will have worked on it. 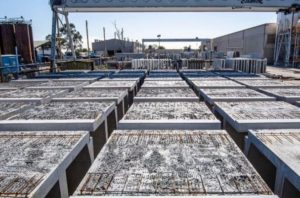 When Sydney Metro services start through Waterloo in 2024, it will take customers two minutes to get to Central, six minutes to Martin Place and eight minutes to Barangaroo.

Sydney Metro is being extended from the end of the Metro North West Line at Chatswood, under Sydney Harbour, through the CBD and south west to Bankstown.

In 2024, Sydney will have a 66 kilometre standalone driverless metro line.