Season change at RISSB as Spring takes the helm

A NEW era has begun for Australia’s Rail Industry Safety and Standards Board (RISSB) with the appointment of Deborah Spring as chief executive.

Spring, currently the board’s executive chair, has been acting CEO for two years, overseeing a 120% increase in membership, refocusing RISSB’s products and services on industry needs and making a step change in improving productivity and service delivery.

Began her new role on 1 July.

Rail industry veteran David George takes on her old role as chair and Spring is to continue as an independent director on the RISSB Board.

“We have had a lot of national and international interest in the CEO role, but recruitment has been complicated by the current environment,” George said.

“When we re-assessed the process, the board realised the best person for the job was already doing it. Deborah also realised she was really enjoying it.”

She also has 15 years’ experience as a professional director, including with V/Line Corporation and the Donric Group.

George has held many senior rail leadership roles in three countries as well as serving on several boards, including TasRail and Queensland Rail. 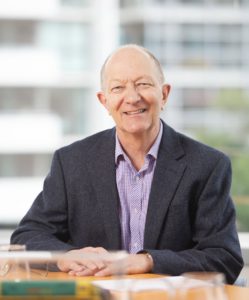 Established in 2003, RISSB is the only accredited standards development organisation for the rail industry in Australia, and also works in New Zealand. When surveyed last year, all industry respondents reported using RISSB’s services, and 90% accessed its suite of products.

“Feedback about RISSB’s performance over the past two years has been very positive, and it is clear we are seen as industry’s partner in co-regulation delivering true value to industry,” Spring said.

During the past two years under Spring’s leadership, RISSB’s catalogue of publications has increased to over 240 and RISSB is now developing Standards for the growing light rail sector.

The Track Worker Safety Options report launched at the 2021 RISSB Safety Conference is just one example where this program has already started to contribute to improving safety in the number one safety issue identified by the rail industry.

“We have also expanded our data and risk capabilities, with a 40% increase in the use of the Australian Rail Risk Model, and recently assumed stewardship of the Australian Level Crossing Assessment Model,” Spring said.

“We have increased our industry connections through webinars and podcasts. RISSB will also soon launch an expanded suite of courses providing on-line, blended and face-to-face attendance options.”

Spring and George are said to bring a powerful combination of international perspectives and a wealth of experience that will lead RISSB into a new era of growth and success.

The post Season change at RISSB as Spring takes the helm appeared first on Rail Express.